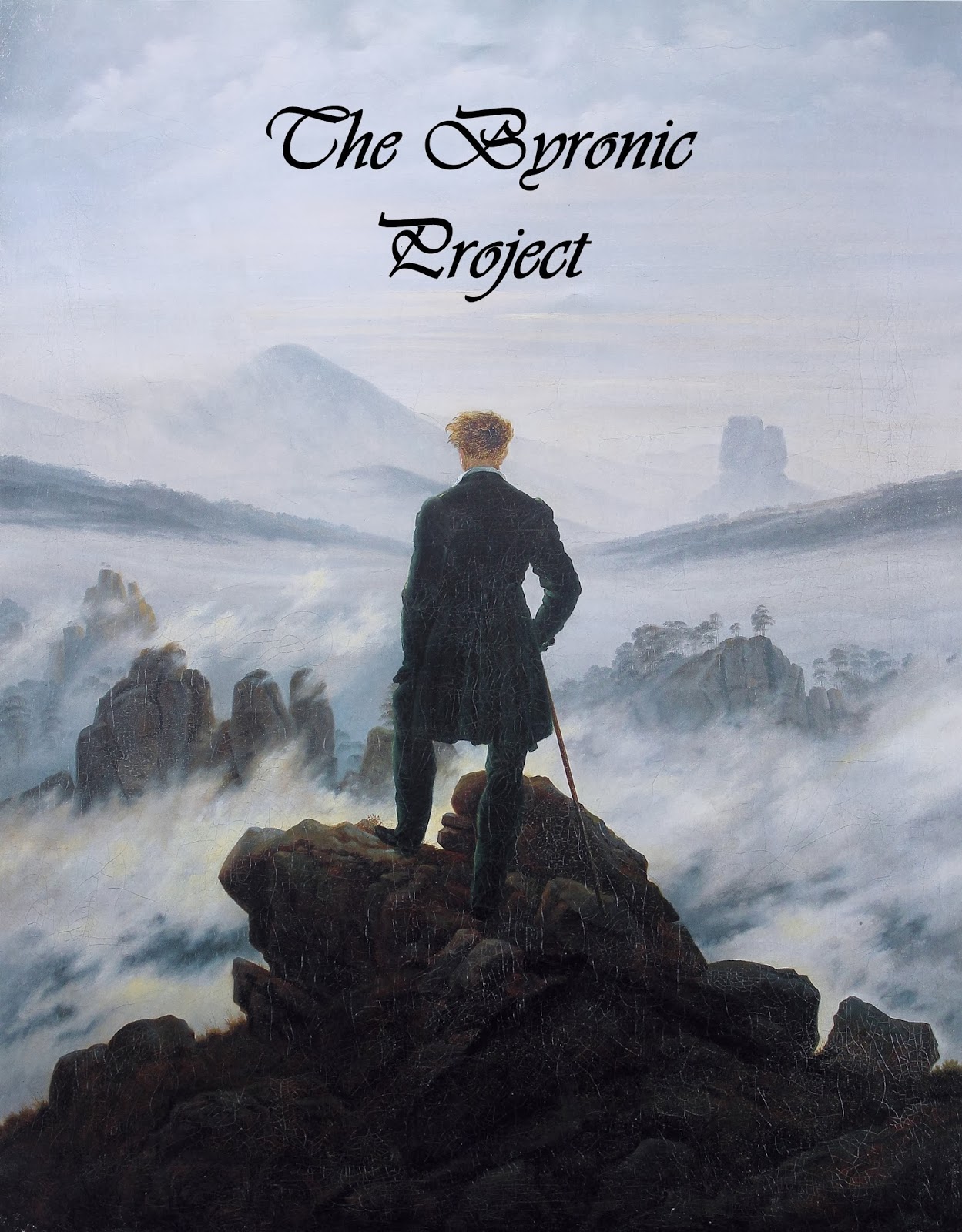 
How beautiful is all this visible world!
How glorious in its action and itself!
But we, who name ourselves its sovereigns, we,
Half dust, half deity, alike unfit
To sink or soar…

The Byronic Hero is an archetype in literature who is so pervasive that we all know him: Heathcliff, Mr Rochester, Sydney Carton, Edward Cullen, Batman and Edmond Dantes are just a few examples of a character who is the grandfather of popular culture's irresistible bad boys. He is superior to the average man: his intellectual and emotional faculties are strongly developed which causes him to be easily bored by society and so he is often cynical and arrogant. Usually he is thoroughly disrespectful of rank and wealth, although he tends to possess both. He is rebellious, very passionate and has unpredictable mood swings (usually whenever he is reminded of the subject of his painful past). Often he chooses to exile himself, physically or emotionally; occasionally hurting even the people he seems to care about. The typical Byronic Hero is brooding, lonely and highly critical of himself.These characters flout all conventions and laws in their search for something beyond the ordinary. The Byronic hero puts everything on the line in search of intensity of feeling, which sometimes puts him on the brink of madness. He is also sexually attractive and seductive, which is one of the reasons why he is still a commonly encountered type in contemporary literature and popular culture.
(Excerpt from my paper on the topic)

I am creating this project because, like generations before me since the Romantic era, I am fascinated by these characters and and want to study their roots closer. Originally I wanted to include a lot more works which feature good Byronic heroes, but then I decided to limit the project to books which played an important role in the creation of the archetype, amongst other things due to time constraints. I would like to finish the project before the presentation of my paper in June. So the final choice of titles is this:

Paradise Lost by John Milton
Since the times of the French and American revolutions Satan has been considered the true hero of Milton's epic poem and the earliest traceable source for Byron's heroes. For the Romatics Satan is a rebel against God’s omnipotence which he regards as tyrannic, and in his hopeless rebellion against almightiness becomes a tragic character. He also displays other personality traits which will later become characteristics of the Byronic Hero: he is persuasive, passionate and charismatic, rallying the other Angels into war and, tempting Eve into tasting the Forbidden Fruit, he is also seductive.

Childe Harold's Pilgrimage by Lord Byron
The first real Byronic Hero is sketched out in Childe Harold’s Pilgrimage, a narrative poem published in 1812, when Lord Byron was only 24 years old. Childe is the medieval term for a young man waiting to become a knight, although Childe Harold’s Pilgrimage is a contemporary nineteenth century account of a young man’s travels and worldviews, based on Lord Byron’s own travels through Europe. The protagonist is the son of a wealthy family, disillusioned and bored by his pleasant life who seeks distraction and escape from society in foreign countries.The picture Byron draws of Harold is almost that of a completed Byronic Hero, charming, wealthy, beautiful, but also dark, immoral and flawed. Harold’s great flaw is his pride and arrogance; he feels superior to all other human beings but with this superiority comes a persistent loneliness and melancholy. Because he feels so superior to society he deliberately breaks its conventions and lives by his own principles, looking for excitement in scandalous behaviour.

Manfred by Lord Byron
The hero of this epic poem is supposed to be an especially good example of the Byronic hero. He is also the first who is haunted by guilt over a crime committed in his past, a pattern that would become very popular later (Mr Rochester, anyone?).

The Vampyre by John Polidori
This short story written by Lord Byron's private physician not only has its titular hero based off Byron himself, but also came into being together with Mary Shelley's Frankenstein during an especially cold and wet summer at Byron's villa in Switzerland. It was an enormous success and sparked the vampire craze that spread throughout Europe, leading to the creation of Dracula and thereby strongly influencing our notion of the vampire as an elegant and seductive but terrifying gentleman.